The Task Force is charged with developing a comprehensive and coordinated plan to reduce opioid abuse, dependence and overdose in Philadelphia and draft a report of findings and recommendations for action to the Mayor. The 23-member Task Force, co-chaired by Dr. Evans and Dr. Farley, met semi-monthly for two hour meetings between January 11 and March 22, with a final report produced by the end of April. The meetings were public, with written minutes. Additionally, the Task Force set aside 15 minutes at the end of every Task Force meeting for public comment. 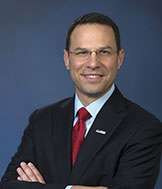