Drug overdose deaths in Philadelphia surged to 900 last year — nearly a 30 percent increase in a single year — as the nation continued to grapple with an epidemic of opioid use and abuse.

“Hopefully, 2017 is the year we get our arms around this problem,” Kenney said. “Failure is no longer an option.”

There were 277 homicides tallied in Philadelphia last year. The number of drug overdoses was more than triple that number.

Opioids, whether prescription painkillers or illicit narcotics including heroin, were implicated in about 80 percent of the overdose deaths, according to Jeffrey Hom, a physician and policy adviser to Health Commissioner Thomas Farley.

“No demographic has been unaffected by this crisis,” Hom said. “No part of the city has been spared.”

The 900 deaths in the city last year was more than triple the number of homicides.

Farley said the task force may consider filing suit against pharmaceutical companies that manufacture and market prescription opioids. Overuse of those drugs has fueled the opioid emergency, including the surge in heroin abuse. Many users turn to the cheaper street drug to avoid withdrawal symptoms when they can no longer get prescription pills.

In early December, opioids killed an unprecedented 35 people in Philadelphia during a devastating five-day period. According to Hom, toxicology tests revealed that 23 18 of the victims had heroin in their system. Twenty-six tested positive for fentanyl, a powerful synthetic opioid that he described as the “third wave of the crisis.”

Since 2013, fentanyl — which may be added to heroin with or without the users’ knowledge — has been implicated in “a steady and unrelenting rise” in city overdoses, Hom said. Toxicology tests last year showed that 50 percent of all opioid deaths involved fentanyl to some degree.

The mayor’s task force will meet every two weeks through April to address the opioid epidemic, said Arthur C. Evans Jr., commissioner of the department of behavioral health.

Evans said the task force will review reports on the opioid crisis that have been issued by other major American cities, determine how Philadelphia’s problems may be unique, and deliver a plan to battle the crisis to Mayor Kenney in three months.

Meanwhile, advocates trying to save the Affordable Care Act from the incoming Trump administration are citing what repealing the health law would mean for people who need drug treatment.

A new analysis from the U.S. Department of Health and Human Services suggests that Pennsylvania could lose 30 percent of the federal funds it now receives for rehab if the ACA is repealed. Without the law, the state’s uninsured rate would go up as residents lose access to private insurance through the ACA marketplaces, as well as expanded Medicaid coverage, according to HHS. Republicans have promised to replace the law, but have not been specific. 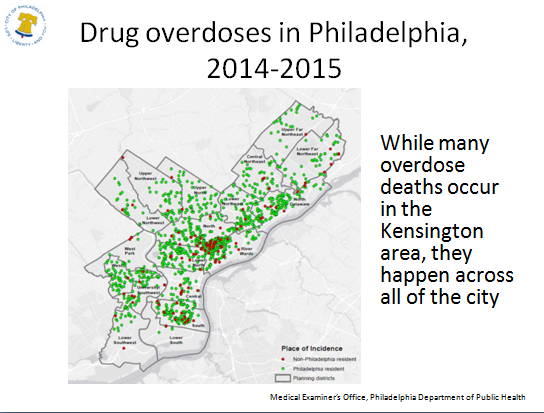 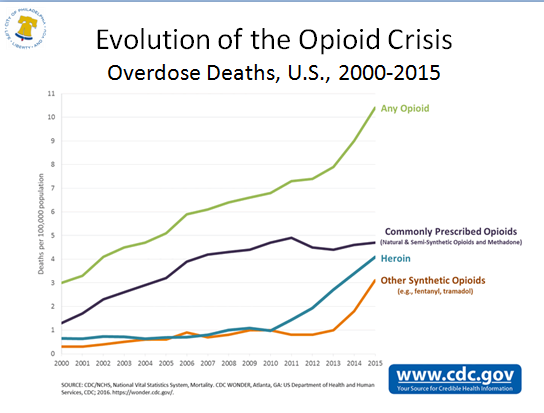 This story was updated on Jan. 12, 2017 to reflect the correct number of fatal overdose victims found to have heroin in their systems during a five day period in December.